The Wind Voyager Triple-S Invitational took place June 3rd-9th, 2017 on Cape Hatteras, North Carolina, in the REAL Slick. 30 riders from 15 different countries traveled to The Wind Voyager Triple-S Invitational to test their skills on the KOA Resorts Kicker, Core Super Kicker, North A-Frame, Liquid Force Reverse Rainbow and the John Wayne 82ft Mega Rail. The Man and Woman to claim first place have their names etched on the Perpetual Trophy and have earned their place in kiteboarding history. With $50,000 on the line, the stakes are high and riders were eager to show what they’ve got.

Over the course of the week Cape Hatteras received a myriad of conditions. We started the competition on the first day of the waiting period on Sunday, June 4th and finished the following day, Monday, June 5th, with perfect southwest wind and optimal conditions to compete. Once the heats had been completed, we had a day of excellent surf, then a change in wind direction favored the Oceanside for some freeride action around the island. On Friday the wind let up for near perfect surf conditions. Kiters were flying sizes ranging from 13 meters to start the competition on Sunday and 6 meters to finish Monday evening.

This competition has never been tighter, with the top kiters sharing similar bags of tricks. It was all about the details to determine standings. The winners were the riders going the biggest, holding their grabs the longest, maximizing rotations and showing the best style. After an intense final round, the Women’s podium ended with Sensi Graves taking 4th place after some hard crashes and not scoring a kicker hit. Karolina Winkowska took 3rd; she’s a fierce competitor who showed some of the best hits in the round. Annelous Lammerts shocked the crowd with consistency and amplitude to earn her 2nd place. The top spot on the podium was taken by Colleen Carroll, who threw down a crow mobe in the end to edge her above the rest of the field.

The Men’s division was stacked both with kiteboarding legends and newcomers eager to prove themselves to the world. In the end, Eric Rienstra scored 5th place. This guy is known to be one of the best freeriders out there with an impressive bag of tricks.He threw down some bangers but really showed his competition experience by landing his stock tricks and putting up scores before going for broke. In 4th place, we’ve got Billy Parker, potentially the most low-key pro kiteboarder in the field. This loving father always throws down and is no stranger to the podium, his spins are always well executed and his presses are deep. 3rd place brings us to Brandon Scheid. This guy is known for going huge and this year’s competition was no exception. From the clean Moby Dick 5, to the biggest 720 of the competition, Brandon put on an incredible show, rightfully placing him on the podium. After four years atop the podium, Sam Light has been overthrown and has taken 2nd place. He rode incredibly well, scoring hits that would have placed him easily in first for previous years. In the end, it was Ewan Jaspan who displayed the best performance and combination of technical hits, amplitude, style, and execution to score 1st place, $12,000 and his place in kiteboarding history. 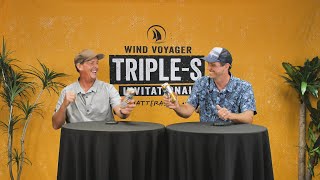 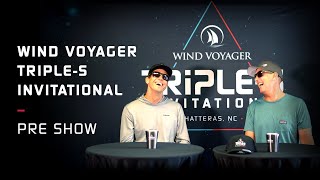